The official SPU Manila FB page ran this beautiful and informative series on getting to know our Patron, St. Paul, better:

Paul, known as Saul of Tarsus, later known as Paul the Apostle and Saint Paul, was a Christian apostle who spread the teachings of Jesus Christ in the first-century world. He is regarded as one of the most important figures in the Apostolic Age. Saint Paul’s letters have had an enormous influence on Christianity and secured his place as one of the greatest religious leaders of all time.

Of the 27 books in the New Testament, 13 are attributed to Paul. Approximately half of the Book of Acts deals with Paul’s life and works. Today, Paul’s epistles (writings or letters) continue to be the roots of theology, worship and pastoral life. 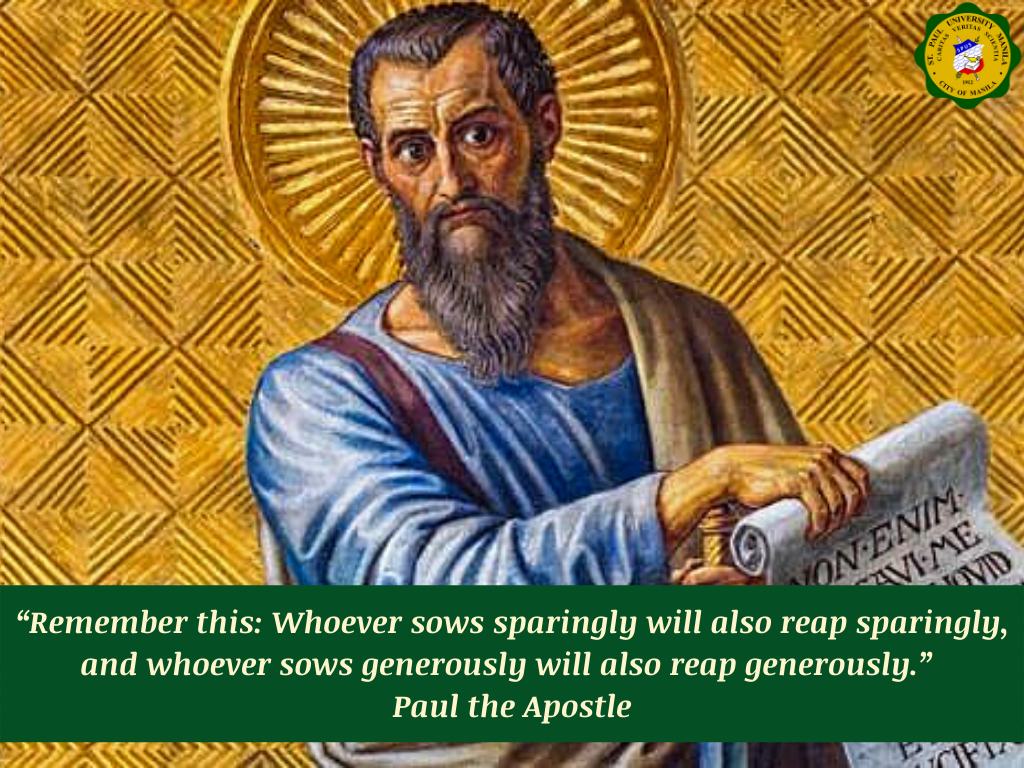 Fact: A book or scroll and a sword are the common attributes of Saint Paul. The book carried by Saint Paul represents his epistles in the New Testament of the Bible. The sword is a reminder of the means of his martyrdom—he was beheaded in Rome in 67 AD. 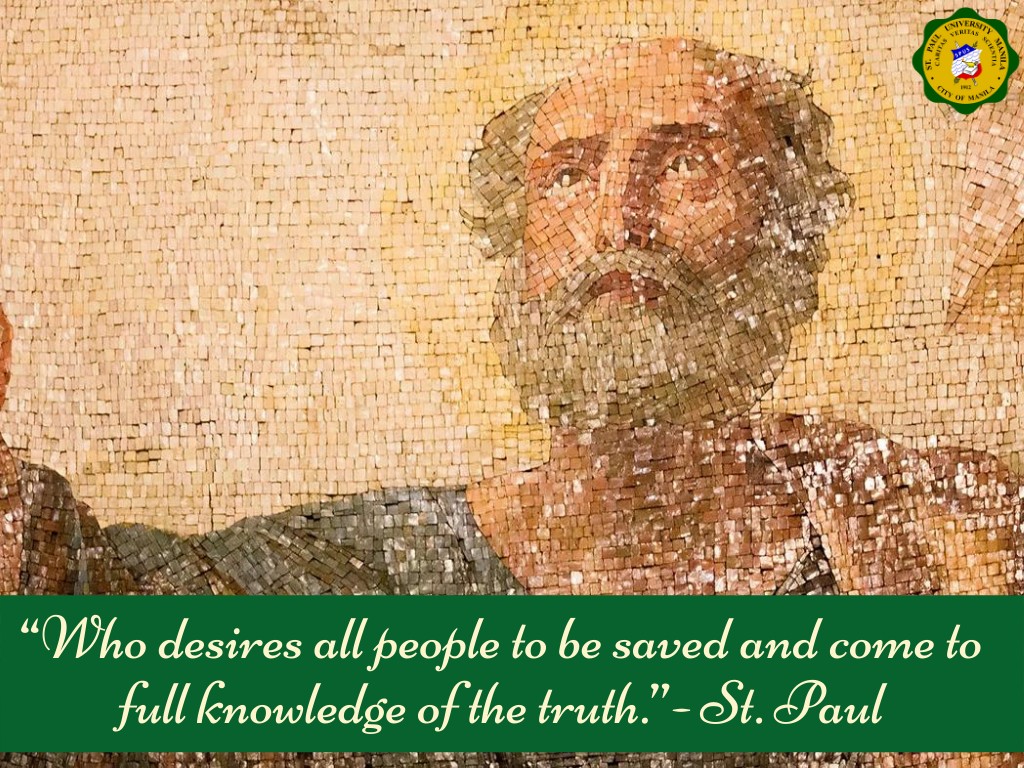 Credits to this image goes to: Mission Media & lightstock/ christianitytoday.com

Paul’s Jewish name was “Saul,” perhaps after the biblical King Saul, the first king of Israel and like Paul, a member of the Tribe of Benjamin; the Latin name Paul, meaning small or humble, was not a result of his conversion but a second name for the use in communicating with a Greco-Roman audience.

In the Acts of the Apostles, Paul was a Roman citizen. It was typical for the Jews of that time to have two names: one Hebrew, the other Latin or Greek. Saul adopted the name Paul after his conversion to Christianity, and there is no doubt that the popularity of the name throughout Europe, largely derives from his well recorded and popular missionary work. 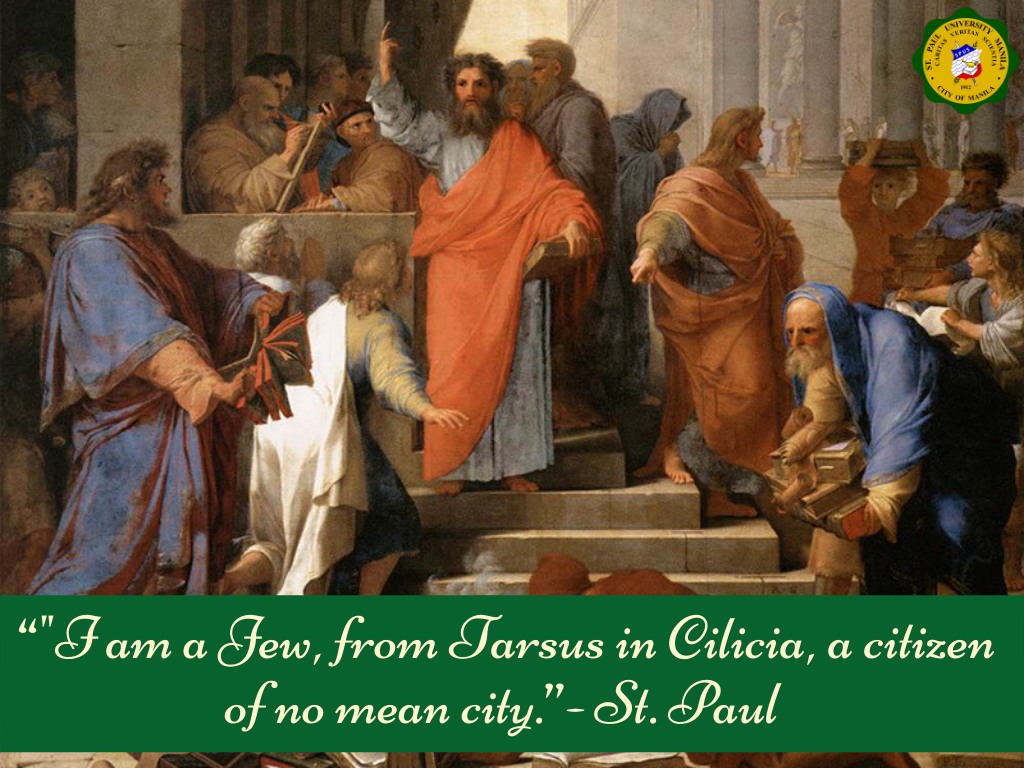 Credits to this photo goes to: An artist's rendition of Saul of Tarsus preaching in the ancient Greek city of Ephesus.

Where was St. Paul from?

Paul was from a devout Jewish family based in Tarsus. Tarsus was one of the larger centers of trade on the Mediterranean coast and renowned for its university. Tarsus had been among the most influential cities in Asia Minor since the time of Alexander the Great. The Bible reveals very little about Paul’s family.

Tarsus was the capital city of the Roman province of Cilicia. This is on the southeast coast of modern Turkey. One of the things it was famous for was being the place where Mark Anthony first met Cleopatra, after which they embarked on their doomed alliance.

Tarsus is now called the city of Mersin, Turkey. 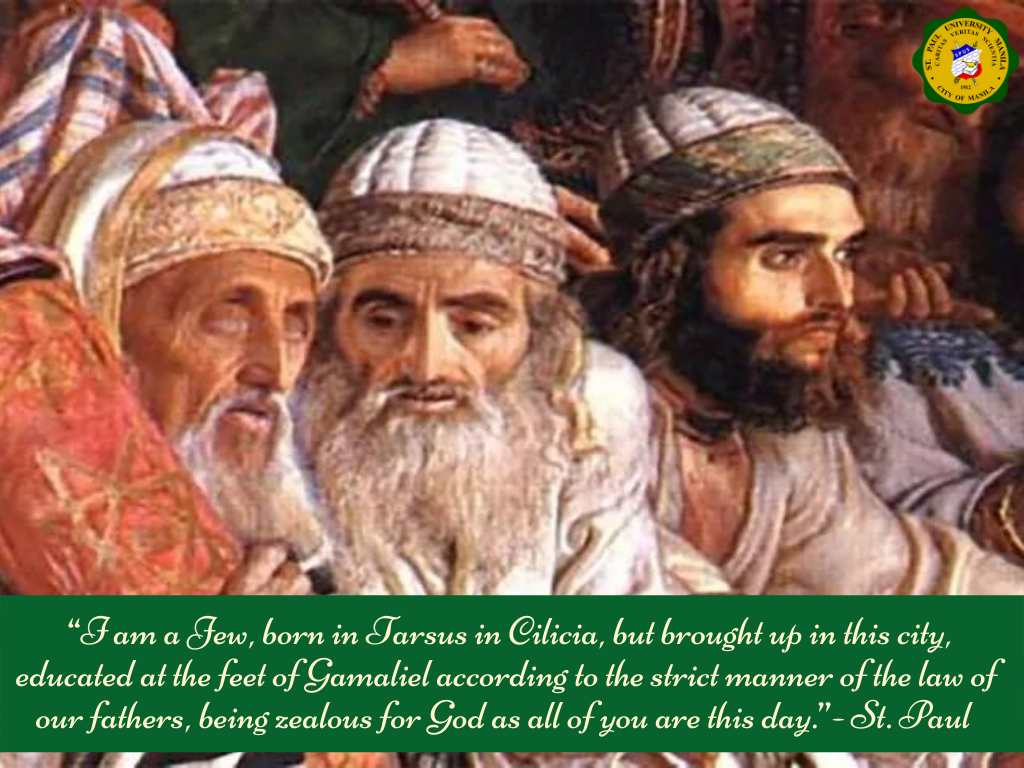 Where was St. Paul educated?

While Paul was still young, he was sent to Jerusalem to receive his education from the school of Gamaliel. Gamaliel was one of the most noted teachers of Jewish law in history.

Gamaliel was a famous Jewish teacher. We know about him from various Jewish sources. Gamaliel has an open-minded view on Christianity in which he urges them not to be persecuted. Paul did not agree with him at this time, because this was before Paul’s great persecution of the Church, as well as before his conversion.